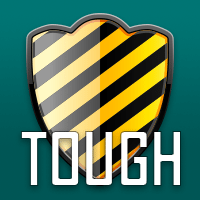 To survive in an industrial environment, a computer must have the highest-quality components and be designed with toughness in mind. An industrial computer is designed with inbuilt resistance to mechanical shock and heavy vibrations from manufacturing processes which could cause malfunctions and/or damage. Good examples of this are solid-state, shock-mounted drives, which perform better than rotating hard disk drives, single-level cell memory with increased durability and components situated in the most stable of places within the computer itself.

Dust and dirt are enemies of computers and industrial environments usually have high volumes of both from the processes carried out and the waste materials generated. When dust particles as small as a few microns become airborne, they can get into the vents and fans used by computers. Operatives may have dirt on their hands and transfer this to the computer too. Integrated circuits can be damaged from overheating due to the insulating effect of dust, causing short circuits. Dust absorb moisture in the atmosphere and this corrodes computers inside. Ultimately a build-up of dirt and dust can lead to computer failure and/or loss of data.

One advantage of industrial PCs is their wide range of operating temperatures, allowing them to function in hot and cold environments, typically from -40° to 85°. However, in circumstances where temperatures rise to extremes in a short space of time, circuits and CPUs can suffer from heat damage and parts can melt and fuse together. Proper cooling is essential. Overheating can hinder functionality and the lifespan of the device. Equally, very cold temperatures can cause components to freeze, or to consume more energy in order to work properly, which puts additional stress and wear and tear on the computer, reducing its lifespan.

The Secret Damage Of Dust, Mintek.com